The story may have ended, but I'm going to do two more posts on Dominaria. In this first one I will cover two sources released in the past few weeks: the descriptions of the new legendary creatures released on Twitter and the five Magic Story Podcasts about Dominaria. The next post will come out at least a month from now, by which time a) The Art of Magic the Gathering: Dominaria will be out, and b) I will have celebrated my birthday, so hopefully someone will have gifted me the book. Oh, and I assumed that by then my copy of the Dominaria Player's Guide will have come in the mail AND that the Dominaria D&D supplement will be out. So if you're still not sick off Dominaria (I know I'm not!) you still have that review to look forward to. For now, let's look at some legends and listed to some podcasts!

LEGENDS OF DOMINARIA
They may be short, but I love these little snippets of text. They may be short, but they give enough information to form a good image of even the new legends that didn't get any other info on them in the story or elsewhere. If there is anything Kamigawa was missing it was something like this, for it is such a shame that the "flavor block" had so many legendary creatures with no story whatsoever. I really hope that this will become the norm and that we will never see a legendary card without lore for them ever again.

The only thing I'm not wild about is the fact that they were shared through Twitter and then collected in Facebook album. That does not seem like the most future proof way of caring for this information. Maybe that's just a personal hang up though. Worrying about future proofing information is literally what I do for a living after all.

I wont go over ever individual blurb, as many of them only add a small bit to what we already learned in the story (Danitha being the heir to House Capashen, not just a random clan member, Arvad being turned into a vampire by Kazarov) or give a quick introduction to which I really don't have anything to add (Adeliz, Grunn), but I'll go over a few things that really stood out to me. 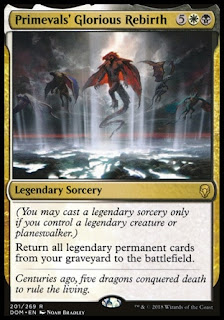 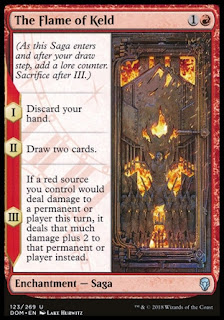 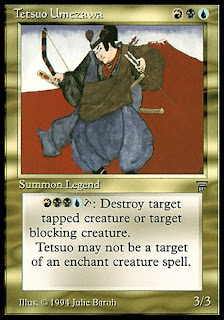 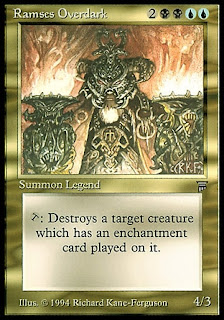 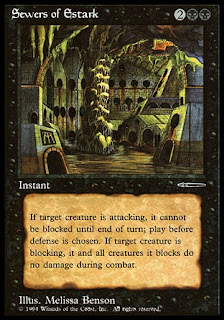 MAGIC STORY PODCAST
I can't seem to link to a list directly, but if you go to the Podcast page of Magicthegathering.com and search for "Magic Story Podcast" you'll get the full list. Just be sure to click the "apply" button rather than just hitting enter, as doing that will only make the page reload. If you do get the full list, the five most recent ones (at least, when this post goes up) are Dominaria related. (grumble grumble, future proof grumble grumble archivists grumble)

These podcasts were clearly released with one idea in mind: making me blush by praising my blog multiple times. I must say it's quite odd to hear the people making the game and story you love compliment your own little blogging project. I'm not complaining of course. Let's just say I'm happy that I only review stories and that for supplemental stuff like this I only talk about the references and continuity issues, because obviously I would not have been able to give an unbiased opinion about these absolutely amazing lovely great epic podcasts.

Well, there is one thing I wanted to mention; I found it kind off funny how much Kelly and Ethan were trying to stop people reading too much into their words or taking speculation or theories as gospel. They say things like "it is only a theory" or "in my personal opinion" very often. At one point they even literally ask us (or rather, me!) not to call something a ret-con if a published source ever contradicts their theory! It seems clear that during their research for Dominaria they were struck by how much fan theories and outright nonsense was spread as canonical fact on the message boards of old. I wonder if all their qualifying words will be enough though. All it takes is one careless Wiki edit or one person telling a new Vorthos something they themselves only half remember for things to go awry. I guess we'll see in another 20 years!

On to specific parts of interest: 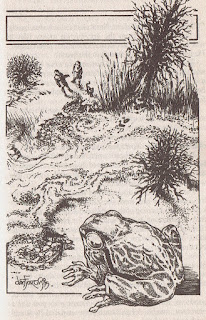 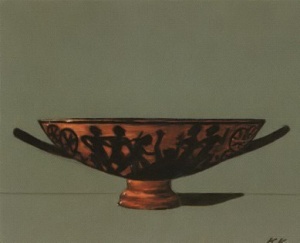 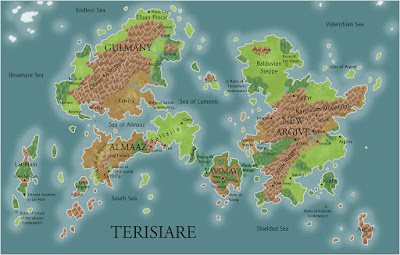 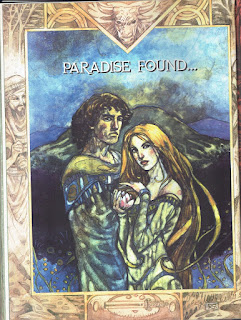 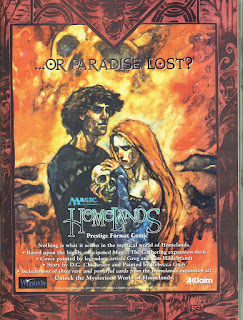 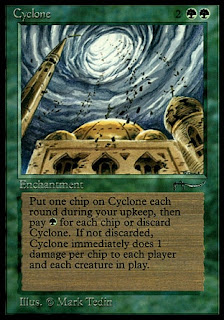 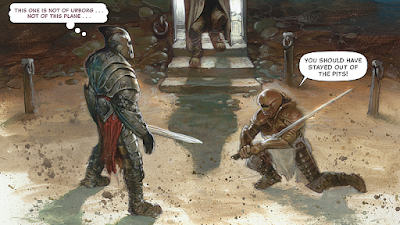 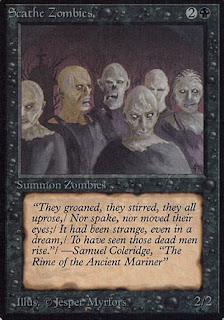 TIMELINE
A quick roundup of all the timeline references I'm taking from the podcasts, so I can easily find them if I ever need them:
All these dates can of course change due to future publications, and I promise I wont call it a ret-con if that ever happens!

And that wraps up our Dominaria coverage! Stick around on the blog for more Otaria stuff, or come back next month(ish) for the Art Book review!