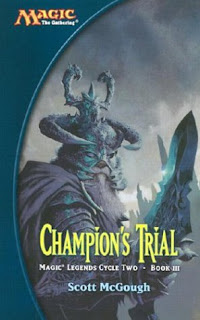 SUMMARY
The book starts with Nicol Bolas in the Blind Eternities, recapping the situation after the previous two books. He is unable to trace Tetsuo. We then find the former champion alongside Kolo Meha, Wasitora and her kittens hiding near the village of Sekana. Together they make a plan to take down the kentsu, newly crowned regent Ramses Overdark and emperor Bolas himself. Overdark sends kentsu troops to Sekana to lure Tetsuo out, but they are destroyed by Meha and the nekoru. For this failure Bolas robs Overdark of the use of his body, paralyzing him but putting his mind in direct contact with all his minions.

The army isn't doing any better on the Edemi's. Jorgan Hage has one part of the army attack the remaining rebels under Lady Caleria while another part attacks the Sylvan Library, still under control of Ayesha Tanaka. Ayesha utterly defeats them, attacking them with wood golems, strangling them by taking control over the leather in their armor, and supercharging the growth of the reefs around Kusho to destroy the fleet there, leaving the army just enough ships to retreat from the island. Hage is teleported to the mainland by Overdark to avoid the slaughter. Lord Magnus's spirit, which is still in the Library, is pleased that Ayesha's ingenious use of its powers killed so many kentsu, but still wants his seat back, so the two make a deal. Ayesha relinquishes control, but is transported to Kusho with the means to heal the island's mana lines and her own mana addiction. Going there also allows her to seek vengeance on the killers of Kei. 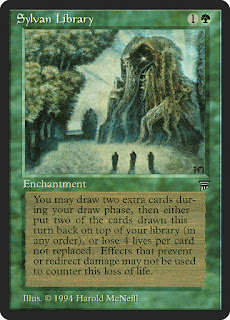