THE DRAGON WAR
Written by Jack C. Harris and Alexander Glass
Appeared as a back/up story in Dakkon Blackblade #1 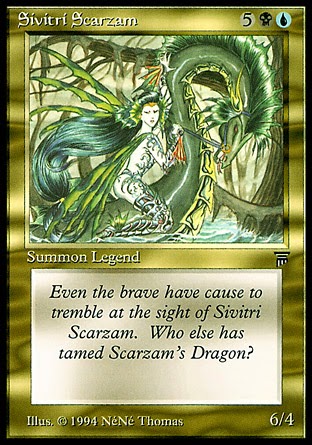 SUMMARY
A “planes-traveling being" called Sivitri Scarzam once attacked the continent of Corondor, but was repelled by a a potion made of a poppy, created by a nature spirit. All but one of the dragons she commanded were killed and she fled the plane. Shortly afterwards Geyadrone Dihada turned up and turned the forest in which the poppy grew into a swamp.

“A few short years” after the events of the Dakkon Blackblade story, Sol’kanar hatched a plan to summon the last of Scarzam's dragons and use it to conquer Corondor. He was unable to summon himself, but he was forcing the two kingdoms next to his swamp, Khone and Shikar, to pay him tribute anyway, so he added potential wizards to his list of desired goods. Eventually two women were brought to Sol’kanar: Chondaeh from Shikar and Gydolien Mor of Khone.

Although the women were rivals, and their countries hated one another, after years of training they decide to work together to not just summon the last Scarzam Dragon, but also its rider, Sivitri. Sivitri immediately attacked Sol’kanar, recognizing that before he was corrupted by Dihada, he was the nature spirit whose poppy had killed all Scarzam's dragons! Gydolien tried, but failed, to claim the dragon for Khone, only managing to send it away. In retaliation Sol’kanar destroys Khone, then retreats into the swamp, now plotting the destruction of Sivitri Scarzam, and Gydolien is plotting vengeance against Chondaeh since it was her idea to turn against Sol’kanar, incurring his wrath. 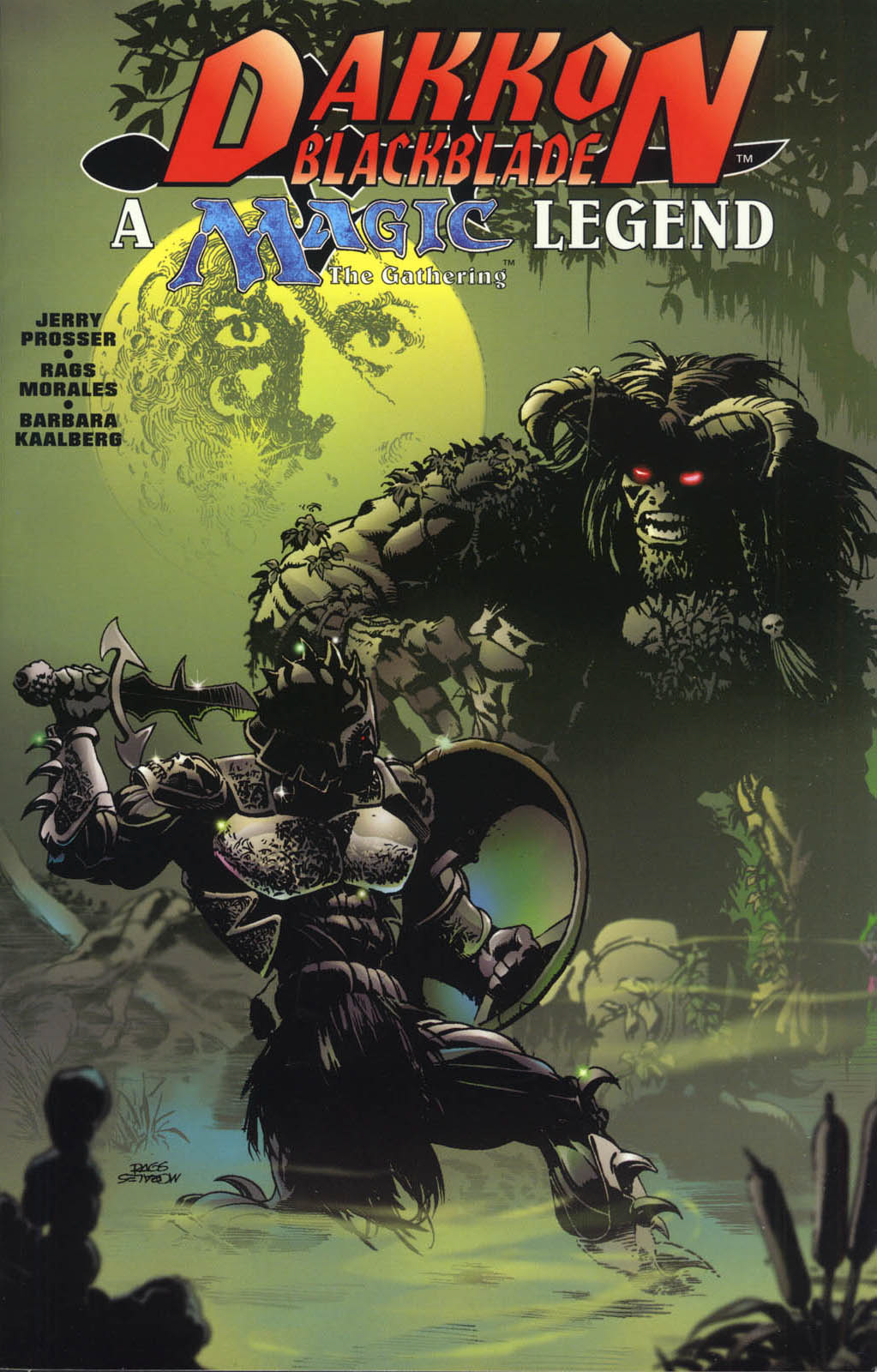 SUMMARY
On the continent of Corondor a kid, only called “Boy of Carth”, after the city-state he lived in, is chucked into the prison of planeswalker Geyadrone Dihada.  There he runs into the Mad Monk (No, not the Doctor Who villain). The Monk, after hearing that Carth tried to kill Geyadrone in revenge for her conquering his city and killing his people, teleports Carth to Geyadrone’s library, allowing him to steal a grimoire that can summon Dakkon Blackblade, and the Amulet of Ti-Fu, which he can use to bind Dakkon to him. Dakkon has a major mad-on for Dihada, since… well, let’s have the Monk explains things for us. 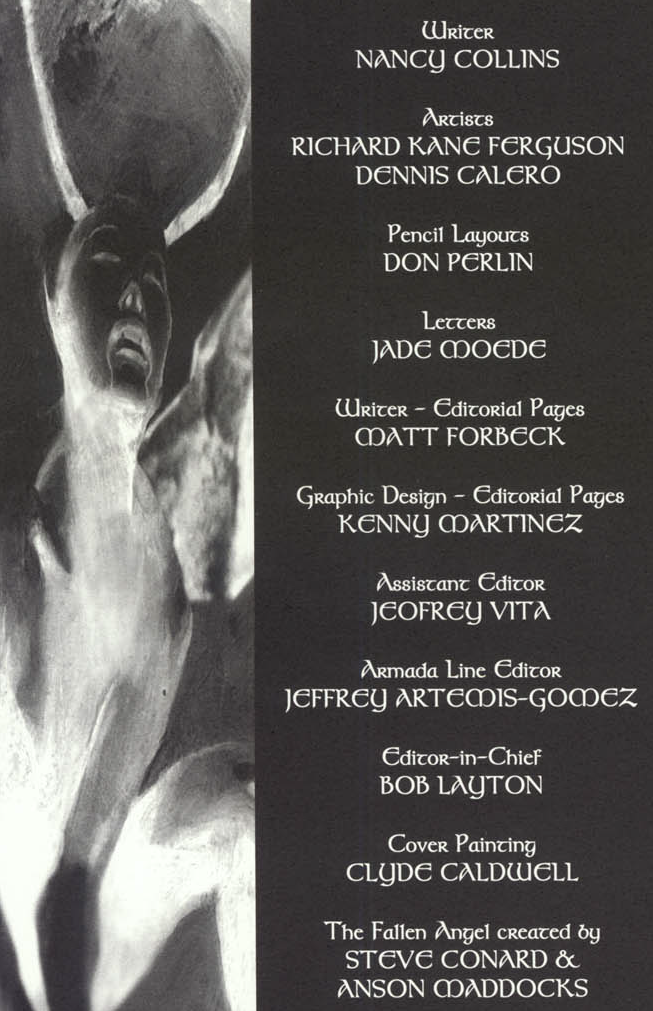 The warlord Mandek Ironfist gets a wizard called Xarl to turn a summoned Serra Angel into a Fallen Angel with an artifact called the Horned Halo. The angel, Trine, turns into an unstoppable killing machine and Mandek creates an empire. Three centuries later Mandek is long gone, but Xarl is still around, dominating the continent of Corondor thanks to Trine. He appoints his great-great-great-great-great-et cetera-son and spellsquire Eskil as his heir. However, in a bout of apparent dementia, he refuses to teach Eskil how to control Trine. The moment he dies she goes on a rampage. Eskil summons another angel, Rahel, who stops Trine. Eskil is struck blind, but becomes a planeswalker.

REVIEW
Last week we looked at the origin story of Taysir, who is possibly the most important character in all the Armada comics. This week, to balance things out, we'll look at one of the most peripheral of all the comics. Don't be fooled though, even this comic introduces characters we'll see again down the line.
Read more »
Posted by Squirle at 19:28 7 comments:

Today I start the next leg of my journey! The coming weeks I will be reviewing the Magic: the Gathering comics published by Armada, a division of Acclaim Comics. I’ve been looking forward to this! Partially because these comics are tied much more closely to the card game than most of the Harper Prism novels, partly because they have a much more involved continuity, with characters and plots from one comic turning up in the next,partially because now I will have loads of images to go along with my reviews! No more scrounging the game for somewhat related cards to use as illustrations!

A little note before we dive in to our first feature. With the Harper Prism novels I reviewed everything mostly in publication order, but for the comics that is tricky, as the various mini sereis were released simultaneously. For example, Arabian Nights #1 has advertisements for Wayfarer #3 and Antiquities War #3, while #2 has advertisements for Wayfarer #4, Antiquities #4 and the Homelands one-shot. Hopping between series wouldn’t do the reviews any good, so I will review each mini series as a whole, going through them by their in-universe chronological order where possible. Keep in mind though that this was not the order in which the comics were released! Today’s subject contains the origin story of the character Taysir for example, but those buying the books in real time would already have seen him appear in the Ice Age comic.

I said just now that I would be going through the comics in chronological order, but actually, this week I’m breaking that rule. The actual oldest comic (in-universe) is Fallen Angel, but that’s one of the more peripheral entries in the line. I wanted to start this part of my project with a more interesting comic, both in terms of story, continuity importance and links to the card game. Also, the timeline placement of Arabian Nights is a bit vague, so doing this one first allows me to get the whole discussion of the Acclaim timeline out of the way first. Finally, it introduces one of my favorite planeswalkers! So I hope you all can forgive a little self-indulgence on my part. Next week we’ll see Fallen Angel, and after that we’ll stick to the chronology, I promise! 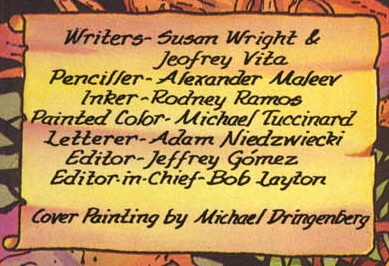 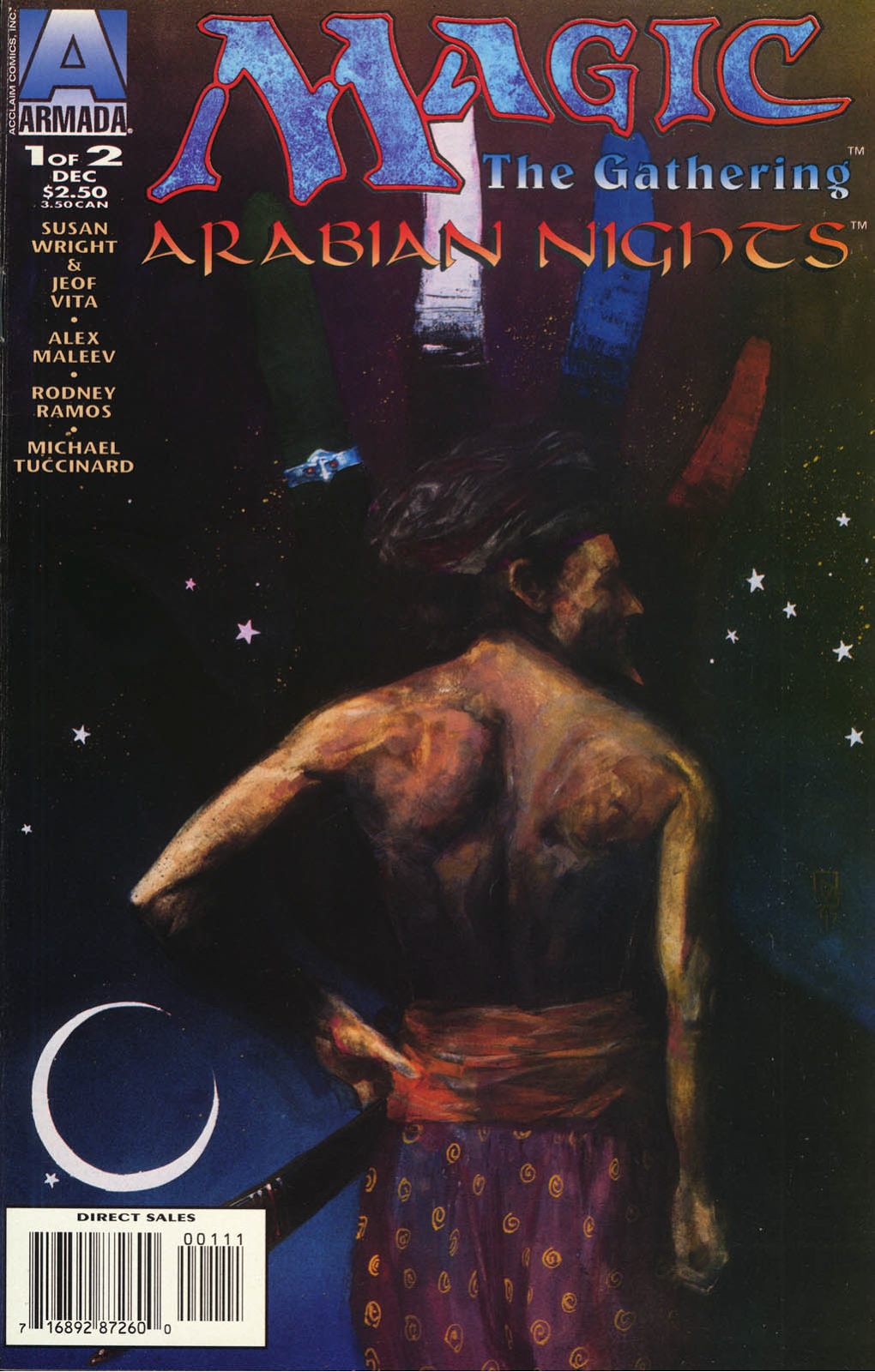 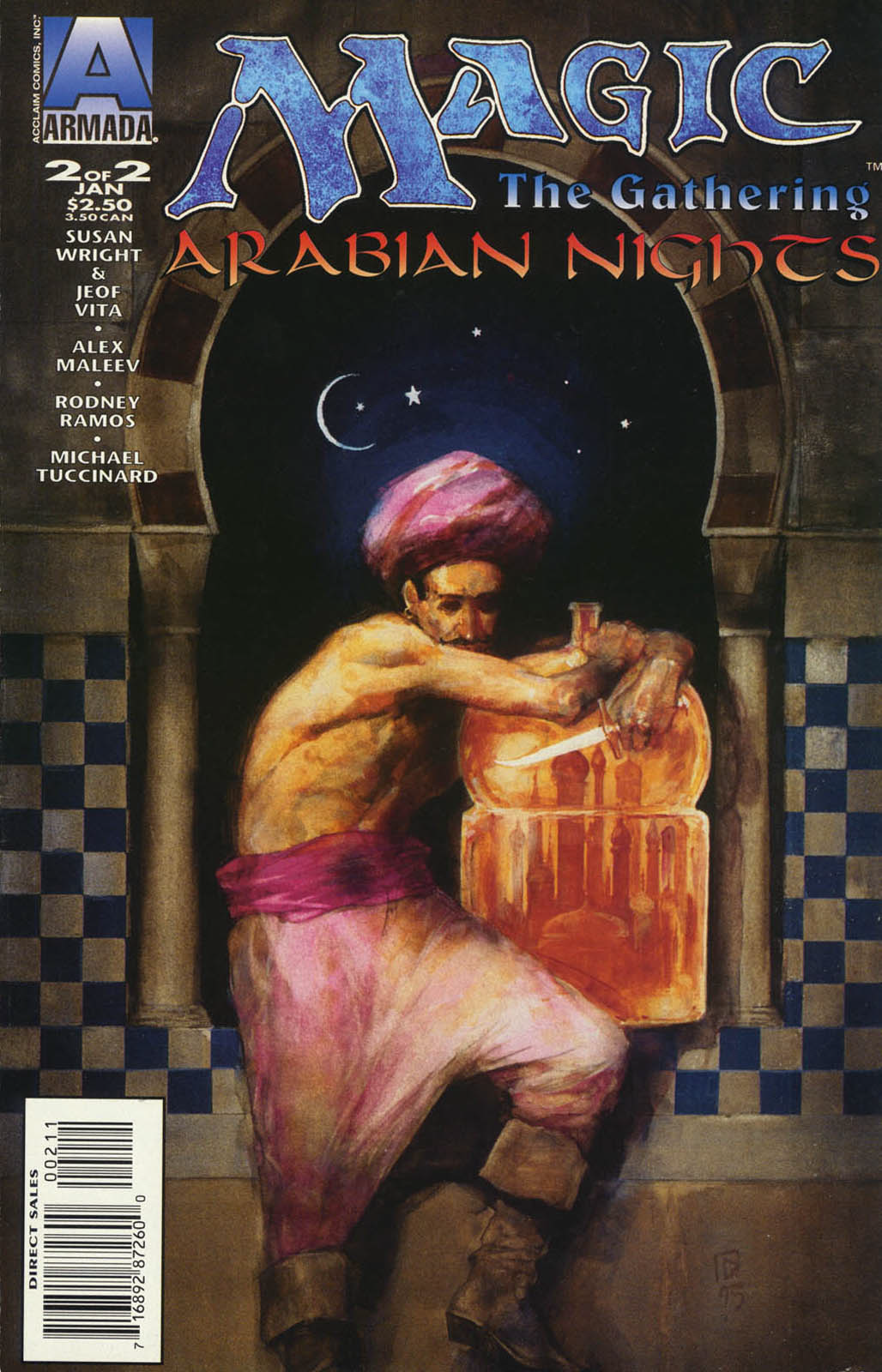