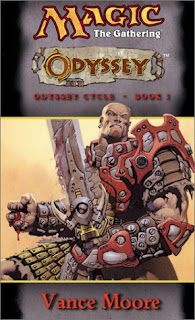 SUMMARY
100 years have passed since the invasion, and our story visits a continent of Dominaria we haven't seen before: Otaria, where gladiatorial battle between magic users is the main form of entertainment.

The barbarian Kamahl leaves his home in the Pardic Mountains, where there are no more challenges for him, and heads to Cabal City, where he hopes to become champion of the pits. While there he befriends a streetwise youngster named Chainer and a huge centaur named Seton, who is fighting in the pits to get a chance to talk to the Cabal about the creatures they are capturing in the Krosan Forest. Also in the city are lieutenant Kirtar, who fights to win artifacts that his religious order, imaginatively called The Order, then destroys, and ambassador Laquatus. This last character was exiled from the court of the Mer Empire by emperor Aboshan and is now plotting to return and claim the throne for himself. He has been sneaking military forces into the underground caverns that stretch from the ocean under most of the continent.

Welcome to the next installment of Dominarian Annotations! This time we'll take a look at episode 5 and episode 6.

It feels a bit like the number of things I have to explain is decreasing now that all the main characters have been introduced and the plot has started in earnest. I do want to stick to this schedule, so if this trend continues I'll probably include looks at other lore stuff released for Dominaria, like the article on making the map of Dominaria or the podcasts. For now though we've just got two new chapters to go through.

The Hazezon review has been posted!

...but for some strange reason Blogger thinks it was released back last september, and thus displays it lower on the page, underneath my The Dragons of Magic review... very odd. Anyway, you can scroll down, or follow this link to find it! 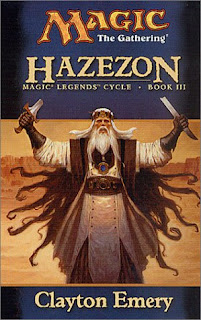 Two weeks on, with two new episodes of the Dominaria story released. High time to see what old lore has been referenced in them, so let's just dive into the annotations for Return to Dominaria episode 3 and episode 4! 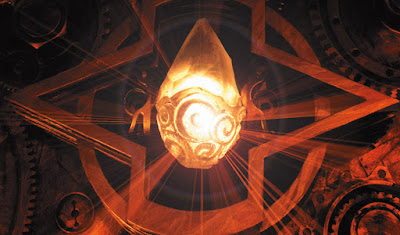