The Myths of Magic 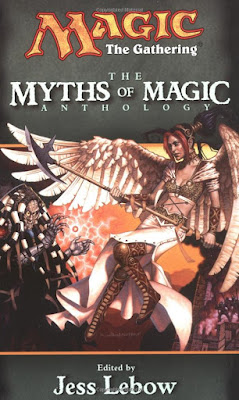 So, when I did The Colors of Magic I said that I was going to save the future anthologies until after the Weatherlight Saga was done, but then I realized that there was only one anthology published during the Saga, and that it introduces a minor character that will be featured in Invasion block. So although we all really want to get to Invasion, it really makes more sense to cover this book first. 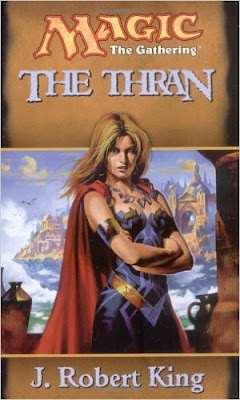 SUMMARY
The book opens on the start of the Thran-Phyrexian war. An alliance of several Thran city states, dwarves, elves, minotaurs and other races face of against Halcyon, the capitol of the Thran empire, led by Yawgmoth. Then we flashback to 9 years earlier, when the empire is at the pinnacle of its power. It's at peace after a civil war that ousted a faction of eugenicists, and a bright new age seems to be dawning due to the artifact wonders created by a man named Glacian. But not everything is as lovely as it seems: underneath Halcyon lie the Caves of the Damned, where the undesirables are sent and where disease is rampant. One day one of these Untouchables, a man named Gix, crawls up into the city, stabs Glacian with a powerstone and infects him with the disease. As the doctors' spells only make things worse, Glacian's wife Rebbec only sees one option and recalls Yawgmoth, the exiled leader of the eugenicists.