This is a quick little post covering some updates on a bunch of previous articles. It's all fairly minor things that don't merit reviews of their own, tenuously linked in that all this info comes from Ethan Fleischer (Tenuous as in, some of these things were brought to my attention by him but written by other people, some come from a set he was a designer for and some are from articles he wrote, so... eh, close enough). Originally I was going to include the Kamigawa/Legends II Timeline update as well, since it was Ethan who pointed out in the comments of the blog that there was relevant information in the (then) upcoming War of the Spark artbook, but luckily I spun that off in a separate article so I was able to get it out soon after the Kamigawa reviews themselves.

Well, on to the updates! 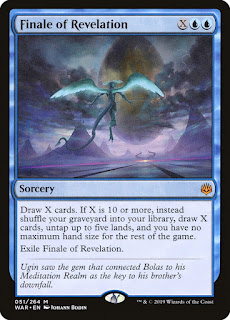 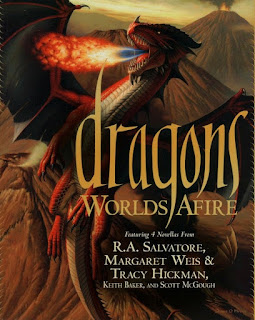 Writer - Scott McGough (just the Magic story)
Cover Art - Duane O. Myers
Internal Art - Greg Staples (again, just for the Magic story)
First Printing - June 2006
SUMMARY
The story we're covering today is called Unnatural Predator.
A pixie called Vaan gathers a group of adventures to kill a dragon, despite being under a spell from the beast that prevents him from revealing all its secrets. During the battle it is revealed the dragon is actually a merger between a natural dragon and a dragon engine. The group seemingly manages to kill the creature despite heavy losses, including Vaan himself. In the epilogue though the beast regenerates and resurrects the pixie, who resigns himself to having to come up with an even better plan to kill the monster that has enslaved him.
I'd give a more detailed summary, but there's already one up on the Wiki so I wont bother. And if you think that is cheating... check out that article's history to see who wrote that summary in the first place.
Read more »
Posted by Squirle at 14:10 2 comments: 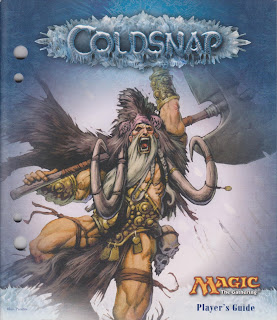 Last week we saw that Magicthegathering.com had a number of articles setting up the Coldsnap story, but where the conclusion of that story would be told was a bit obscure. Well, it is right here, saved for everyone who bought a Coldsnap Fatpack!

The Fatpack also contained a novel, but that novel was The Gathering Dark. I wonder what people who weren't already deep into the storyline thought of that. Coldsnap is supposed to be set 3 of the Ice Age block, so... what is a The Dark book doing here? Wasn't Homelands the set originally considered the third part of the Ice Age block that got booted by Coldsnap? Reading the book wasn't going to make things much clearer either. Yes it is billed as "Ice Age cycle - Book 1", but the main thing linking it to the rest of the cycle are the characters of Jodah and Mairsil, neither of which is in the Coldsnap story. Personally I'd have put The Eternal Ice in the bundle. Yeah, it might be weird to only include "Ice Age cycle - Book 2", but at least that story is clearly tied to Coldsnap: it tells of the end of the Ice Age, thus setting up Heidar's grievances that kick off the new story.

But enough about a book I already reviewed a million years ago. If we want a new story, we have to look at the Player's Guide booklet also included in the fatpack. As always it includes a description of new mechanics in the set, a top 10 of Coolest Coldsnap Cards (Dark Depths at number 1 checks out, but Garza Zol at 2 and Zur only at 5? Lightning Serpent at 3? Rimefeather Owl gets in, but Counterbalance, Martyr of Sands and Rite of Flame don't?) and a visual guide to the entire set. There's also an article that talks about various snow creatures in the set that meanders from talking about card design to flavor, though you're not going to get much more than "Yeti's evolved to become the stealthiest creatures in Terisiare" or "Thermopods used to just be big slugs, but when the ice came they developed an internal furnace" from it.

Unique to this edition though are a storyline overview that doesn't just do some set up before pointing you to a novel, but which includes a conclusion, and an actual story, in the form of a monologue by Heidar, written by none other than Ice Age Cycle author Jeff Grubb! 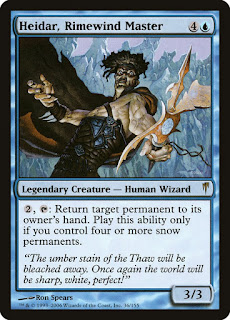 Oddly the story summary is included on page 4 and 5, and the story on page 12 to 23. But the final battle isn't included in the story, so if you go through the booklet you first get a quick summary of how the story ends, before getting a deep dive into the psyche of the main villain... which is a bit odd, so I'm going to cover the story first, and then the summary. Let's dive in! 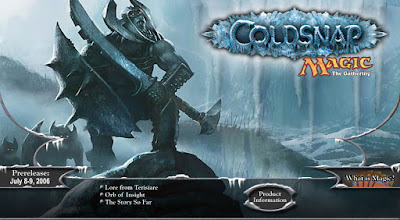 I've been saying that Kamigawa started a trend of the storyline mattering more and more, a trend that would last for years. There was another trend starting around the same time though; the trend of WotC asking themselves "But what is we printed even more cards?"

See, back in the day we got 3 standard sets per year, and a Core set every other year, which left a gap in the schedule every non-Core year. In 2004 it was filled with the non-tournament Unhinged, in 2006 they made their first extra Standard legal set with Coldsnap, in 2008 they just made a 4 set block with Lorwyn/Shadowmoor, as well as the first From the Vault and Duel Decks... and so the curve trends upwards to today where a set that came out a month ago already feels like ancient history because we've gone through 2 spoiler seasons since it's release!

Ow, that was dangerously topical for this blog! Quickly, back to 2006! So... Coldsnap! What a weird set! Nowadays all the extra sets have clear audiences, Modern Horizons is for Modern, Vintage Masters is for Vintage, Conspiracy is for draft fans (give me Conspiracy 3 Wizards! Pleeeeeeease!), everything is for Commander... even the original "fourth set", Unhinged, had a clear audience in the people who had been asking for a second silver-bordered set ever since Unglued had come out. But a third Ice Age set? Who was asking for that? Reading through some of the articles announcing it you get the idea that this was more about WotC having an in-joke about a missing set than catering to a specific audience.

I'm not going to complain though! Bizarre though it may be, Coldsnap gave the storyline a unique opportunity to revisit a previous era and I'm totally there for it! As much as I love the way early Magic set jumped centuries or even millennia apart and thus created a long and varied timeline, it is a bit sad this meant settings and characters would never be used again (a few immortals here and there notwithstanding). So when, after years of seemingly treating continuity as something to be avoided since it would just lead to obsessive fans complaining about it, WotC suddenly did such a deep dive there was a lot of excitement! And also some anxiety from obsessive fans about possible continuity issues.

Right, you know the deal by now, Feature Articles, Taste the Magic, Arcana's, and a mini-site that is probably not very intere- what's that? There's actually stories on the mini-site this time around? I guess we've got more to talk about then! (By the way, you might have to move about on the Wayback Machine timeline for a while before you find a version of the site where you can actually reach the Simic and Rakdos bits of the site...)

The guild descriptions have nothing new to tell you if you're even halfway familiar with Ravnica (there's a few cool pieces of art though), so let's quickly move onto the stories! 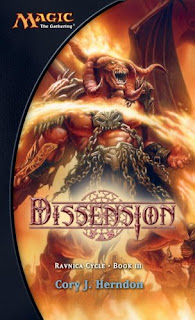 Three weeks after Guildpact ended the master thief Capobar is hired to go into the ruins of the Cauldron and retrieve cerebral fluid of the dragons Zomaj Hauc brought to life. He finds the third dragon, thought dead when part of the building collapsed on its egg, begging for death while being eaten by some nephilim. After retrieving the fluid Capobar is kidnapped by his own "shadewalker" accoplices. The nephilim grow to enormous sizes and start destroying the Utvara township. Master Engineer Crixizix rescues as many people as she can (Crix was granted a promotion and some new syllables by Niv-Mizzet for her conduct last novel) and requests aid from Niv-Mizzet himself. The dragon shows up and kills two nephilim before getting either bored or scared and flying off. Crixizix sends Pivlic to the main city to warn Teysa. Unfortunately, the nephilim also start moving that way. All of this is watched by one of the lupul shapeshifters. 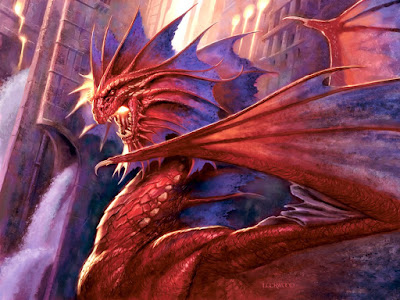 Teysa was summoned to the city because a badly beaten Feather showed up at Prahv, the Azorius headquarters, and turned herself in for desertion, striking a superior, oathbreaking, failure to attend to her guild duties... and guild-matricide, then requested the baroness Karlov as her advokist.

And we are back for the online coverage of Guildpact. It will start out pretty much the same as last time, with a fairly basic mini-site, and a feature article by Rei Nakazawa, but when we get closer to the release of Dissension Matt Cavotta will get a storytelling bug and we'll have some actual stories to cover!

But let's start at the beginning: Like last time, there is little to say about the Guildpact mini-site. Once again it is just a quick introduction to the three guilds in the set. It eschews the structure we saw with the first set of talking about the guildleaders, the guildhalls, etc., but it spices things up with some neat art from the style guides, which is always nice. No trailer this time though. 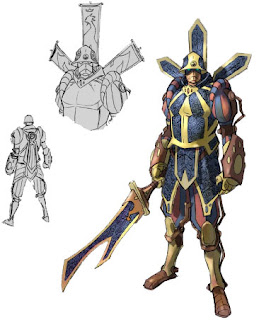