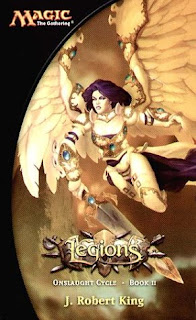 SUMMARY
We open on the deathwurms still rampaging. Braids is riding one, but then they all get absorbed into Phage as we saw at the end of Onslaught. Braids plummets to the ground. With broken legs she crawls into a hole in the ground to hide.

Everybody goes home after the war. Akroma rebuilds Ixidor's forces in Topos. Phage heads back to the Grand Coliseum, and Kamahl goes to Krosa, where he retreats into the Gorgon Mound to meditate. Zagorka, Stonebrow and a bunch of other refugees of the war discover a city in the middle of the desert. They start new lives there, calling it Sanctum. As they start attracting more people, ancient glyphs start appearing on the ruins which talk about the rebirth of mysterious "numena". 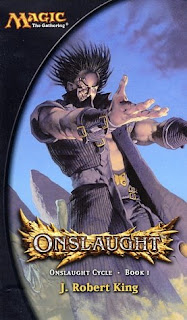 SUMMARY
At the end of Judgment Jeska was left with Seton to heal, but she isn't getting better. Then Braids comes in, kills Seton, and offers Jeska life through the Cabal. Later she turns up in the Cabal Pits as Phage, a remorseless killer whose mere touch causes every organic thing to rot. Later we discover Braids presented the dying Jeska to the First, who tried to kill her with his own deathtouch only for her to be mysteriously transformed. In the pits Phage fights against the lovers Ixidor and Nivea, killing the latter. Ixidor, who was counterfitting Cabal money, is then exiled into a desert.

Meanwhile Kamahl finds his friend dead and his sister gone. With his new green magic he gets himself a staff made of a century plant and heads to Aphetto to retrieve his sister. There he is forced to battle her in the arena, during which she gives him an unhealing belly wound that mirrors the one he gave her while under the influence of the Mirari. He returns to Krosa. The First follows him, intent on killing him, but then decides to corrupt Krosa instead. The forest has already been growing like mad due to the Mirari, with a huge mountain of growth called the Gorgon Mount appearing around the spot where the Mirari sword is pinning Laquatus' corpse to the ground. Kamahl is able to stop the forest's corruption by talking to it. 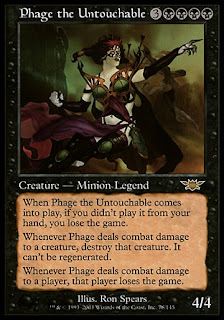 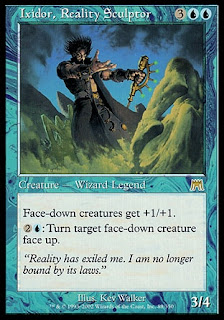 The Art of Magic the Gathering: Dominaria 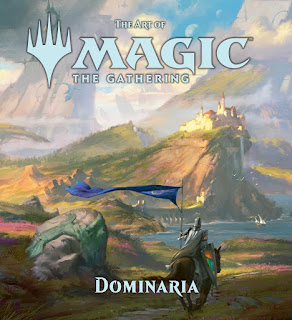 REVIEW
Wizards has been putting out these Art books for a couple of years now, but as this blog tends to live in the past this installment is the first one I'm covering since The Art of Magic the Gathering: The Rath Cycle, the first book in the series, and the only one released before an 18 year hiatus. Or should I say the only installment in the Art of Magic volume 1, with Zendikar being the start of volume 2? More important question: am I the only person who cares about that stuff? Yes? Okay. Let's move on.

The Art of Magic books are really amazing. For years I had been saying that Wizards should be putting out something like this, as it always surprised me that they did so much world building that didn't make it into the cards. All that lore that was almost never used, only occasionally spilling out to the public in a Savor the Flavor article. It just seemed a waste of time and resources. And of course people have been asking for larger versions of card arts since forever as well, so doing an art book to get some money out of all this stuff they've made anyway seemed like a logical idea. Either that, or use it for a roleplaying game. Just let James Wyatt do whatever he wants, is basically what I'm saying.