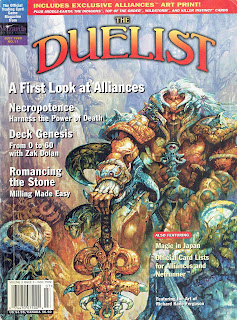 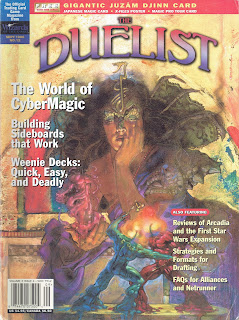 This is going to be a short one, since there really isn't much lore in these issues. A few paragraphs on the story of Alliances, plus the regular From the Library of Leng feature. No story this time. It seems The Duelist is still saving most of the lore for the comics, but as we know the Alliances comic was never published. Shame that.

So... here is the short overview of the Alliances story given in issue 11. It's worth noting that it tells of Yavimaya gaining a kind of intelligence and maliciousness. This was the threat Kaysa and Jaeuhl would have faced in the cancelled comic. 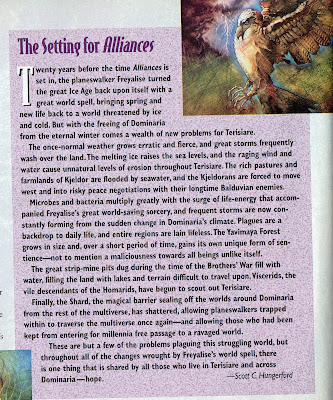 The From the Library of Leng entry in issue 12 is on Verduran Enchantresses. Issue 11 featured the Lord of Tresserhorn, whose article was reposted on Magicthegathering.com. 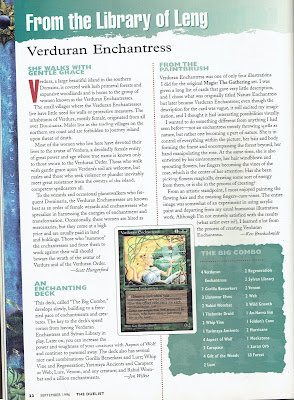 The Verdurans don't sound particularly interesting to be honest, just your standard female-led fantasy culture. The Lord of Tresserhorn's story is more interesting. I like the idea of a melancholic undead warrior keeping Tresserhorn together while reminiscing about the times when Lim-Dûl was still around. We will see this story getting expended upon when we get to The Shattered Alliance.

I had to laugh about one line in the strategy part of the Lord's article though:


"Lord of Tresserhorn is a little like Marlon Brando: impressive, but sometimes unwieldy." 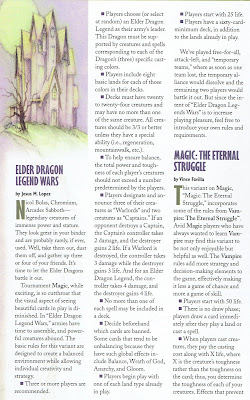 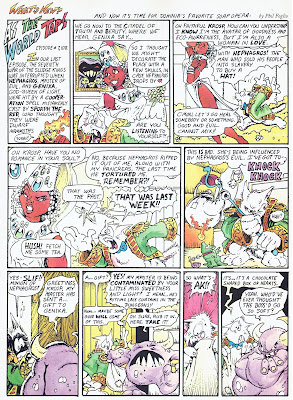 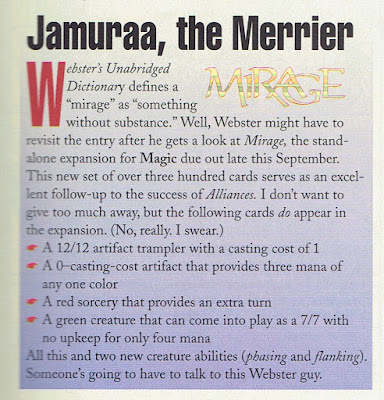