Musings was a magazine about comic books published by Calliope Comics, which appears to be a comic book store that also did some publishing on the side. I can't find much on them on the internet, but these days their Facebook page still talks about selling Magic cards, so I guess them devoting an issue of their magazine to our favorite card game was a natural fit.

This issue was mostly forgotten to time until someone put a picture of its cover up on the comics section of the MTGWiki's List of Storyline Sources (despite this being neither a comic nor on that list of sources...) Fans have since tracked it down, and thanks to the amazing @stillcary sharing it with me I can now cover it on this blog!

While not an official WotC publication, the magazine has interviews with a bunch of artists and WotC insiders. Among the things they share here are lore tidbits that never made it into anything WotC put out itself, so this is a great source for people interested in what I call "shadow continuity", the things WotC creates behind the scenes that don't end up in any finished product but parts of which tend to get out when creators interact with fans. It's tricky business to handle, as the line between "this is canonical, we just haven't published it yet" and "this is work-in-progress which may change before it gets to publication" is a vague one, and even if something is considered 100% canonical in-house by the current creative team there is no guarantee that future creative teams will agree with, or even know of, that something. So thread carefully when handeling material like this. If you are like me though, and love any snippet of information about all the unpublished work of the Pete Venters continuity era, dive in!
The magazine has interview with artists Mark Tedin, Phil Foglio, Kaya Foglio, Susan van Camp, Ken Meyer Jr and Pete Venters, the designers of Homelands, Alliances and Mirage, Richard Garfield himself and the German translator of Magic, as well as an article on a Magic variant called World Decks, which I still don't fully understand, but which seems to involve building 1000+ card decks. For us the main pieces of interest are the Homelands and Alliances articles (the Mirage part is very short), though the various artist interviews also have some neat tidbits in them.

Homelands Interview
Te interview with Homelands creators Kyle Namvar and Scott Hungerford, and a few additional answers by continuity man Pete Venters, covers most of the behind the scenes story we have already learned from the Homelands issues of The Duelist. What those issues didn't include was that the set was apparently intended to be a simpler set, not geared towards tournament play, and that about 75 cards originally in it where scrapped for being too powerful. The thing is though... the set wasn't billed as a "starter" product in the issues of The Duelist released concurrently with it. Here that claim is repeated multiple times in this interview, especially in response to the interviewer bringing up that the "play quality of the cards" were "somewhat controversial". So... it honestly sounds a bit like trying to explain away criticism after the fact. Then again, maybe it was always intended as an entry level product and it was the promotion that failed to communicate this well.

Some individual facts of note: 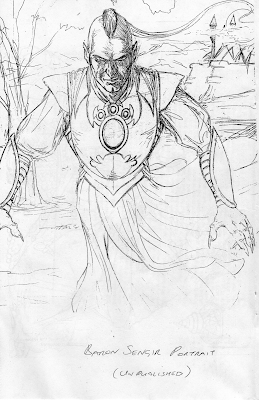 Alliances Interview
The Alliances article has a lot less to say about storyline stuff, mostly dealing with card design. Funnily enough the designers here mostly play down the strength of the set, repeatedly saying that there really aren't as many broken cards in there as some people think. Quite the contrast with Homelands!

The most interesting storyline fact is that Pete Venters says all of Alliances happens over a period of 3 years! This fact hasn't really held up as continuity developed. First the set was stretched to about 300 years (For example, Varchild was mentioned as living 100 years after the Ice Age in The Colors of Magic) only to be crunched back down to 20 years by The Shattered Alliance. It's quite bizarre that such a basic element of the story seemed to be completely forgotten about after Pete Venters left WotC, but that is the nature of "shadow continuity". All that work Pete did on the Magic roleplaying game and the coffee table book apparently just disappeared in some drawer and was lost for years. By the time Brady Dommermuth unearthed those documents around the creation of Coldsnap subsequent releases had made large parts of them incompatible with published continuity and they were thus named the Forgotten Archive. 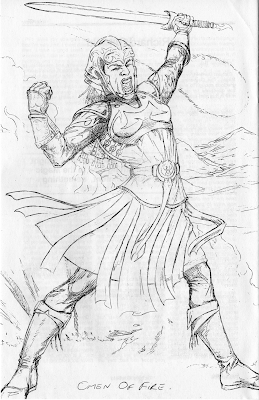 Other Tidbits
...and that's my look at the Musings Magic Special. More a list of factoids than a proper review, but that's always the case with these behind the scenes articles. This magazine gives us a tantalizing glimpse at the workings of WotC at the time and adds to our understanding of what Magic's continuity was like in the Pete Venters era, but as a lot of it is of debatable canonicity these days I wouldn't advise hunting this one down unless you are the hardest of hardcore old storyline fans. 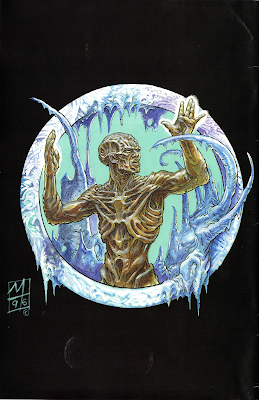