So what is this blog?
The Magic storyline has snaked its way into novels, anthologies, e-books, comics, videogames, old calendars... and all this stuff was published by various companies, not always in chronological order, and with varying levels of thoroughness from the editors in trying to make everything fit together. You can find the complete list here. This blog is my attempt to have it all make sense!

For each story I will provide a summary, a review and a discussion of any continuity issues. I am going through the various sources in roughly the order in which they were released, though I'm grouping related sources together. So for example I plan on first reviewing all the stories in the Weatherlight Saga, before going back and reviewing any other stories released simultaneously.
If you want to see how far I've gotten, or if you want to start reading the reviews in a logical order, I suggest you start with my table of contents, which provides links to every review I've done so far.

As a side project to all of this I am also creating a complete timeline of all the Magic stories. It can be found here, but be aware that it is still very much a work in progress!

My motivation
I love Magic: the Gathering. I've been playing it since I was 10, never stopped. For almost as long I've been intrigued by the storyline behind the cards. I especially love how broad it is. The stories span dozens of worlds, ranging from high-fantasy locales like Ravnica to the horror of Innistrad or the pseudo-sci-fi of Mirrodin. The timeline between Antiquies and the current set stretches across some 5000 years and sees the rise and fall of many civilizations. Magic hasn't yet reached the level of history something like the Marvel Universe has, but it has made impressive inroads during the last twenty years!

There is a downside though, which is that the storyline is also sprawling in how it was published. As I mentioned above, it is spread out among quite a lot of types of media and made by several publishers. On storyline forums we quite often see new Magic players who want to get into the storyline but don't know where to start. That question isn't easy to answer either. Various sagas run through the franchise, some stories heavily dependent on what came before, others essentially standalone stories. And the older stuff can be quite tricky to get.


For me though, that's an additional reason to love the storyline. Yes, I know how odd that sounds, but it's true. I am a collector (obviously), so I love hunting down obscure parts of the storyline. I am also a historian, so I love digging into the lore and seeing how it all fits together. And finally I am a long-time comic book fan, so I'm used to coming up with explanations for apparent contradictions in long running franchises. Since I spend so much time reading these stories and thinking about them, I figured I might as well try to do it on a blog, to lessen the confusion of players trying to get into the storyline and to preserve knowledge about old, obscure sources. Hell, if Fnord12 can do this for the entire Marvel Universe, I should be able to do it for Magic. 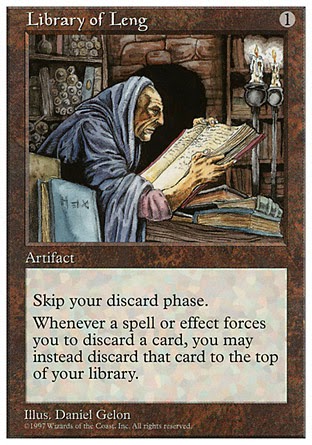 A short introduction to the storyline
"You are a planeswalker". Most people who have played Magic have heard that phrase at one time or another. But what does that mean? Well, you know all those dozens of Magic sets? Those actually represent different, unique worlds full of spells, creatures and artifacts for you to explore. Places for you to "gather" your "magic", as it were. Planeswalkers are wizards with the ability to leave their birthplane and explore the entire Multiverse. They are the driving force behind the stories of Magic, sometimes as main characters, sometimes merely as plot instigators.

Ever since Shards of Alara, the storyline has focussed on the planeswalkers that have been printed in the game: Jace, Chandra, Lilliana, etc. These are almost all mortal wizards who are only different from other wizards by their Spark, a mysterious thingy in their soul that gives them the ability to walk through the multiverse. Only one person in a million possesses the spark, and only one in a million of those Ascend and gain the ability to leave travel between planes. That they are this rare is probably a good thing, for they seem to be enormous trouble magnets. Almost every set introduces some huge calamity to the plane it's set on (Elder Gods rising, vampires threatening to end humanity, time travel altering the history of the plane), and there is always a planeswalker right in the middle of it.

Before Future Sight, planeswalkers were different. They still caused planewide disasters on a regular basis, but this was to be expected as the old-school 'walkers were all immensely powerful. Though Urza, Serra, Freyalise and the others all started out as mortal wizards, once their Spark ignited they turned into immortal beings made of pure magical energy. Since they were so stupidly powerful, Wizards of the Coast figured they couldn't print them on cards (after all, the players represented the planeswalkers. How could you summon another player?), and often relegated them to being the shadowy powers behind the plot. The main characters of these old stories were usually mere mortals, like Gerrard, Khamal or Glissa, who had to deal with the mess left by some passing planeswalker. Since Wizards eventually realised it was a bit stupid that planeswalkers couldn't be represented in the game nor be main characters, they revamped their powers. The in-story explanation of this can be found in the novels of the Time Spiral cycle. Well get there eventually.

If you want a more in-depth look at the history of the Magic storyline, do feel free to check out this other article I have written on the subject. 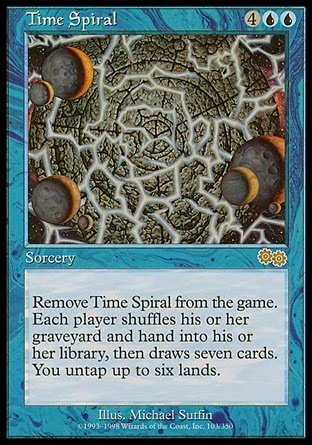