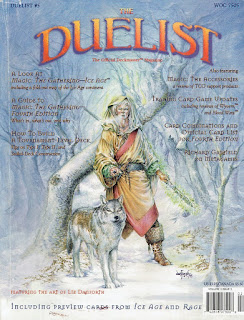 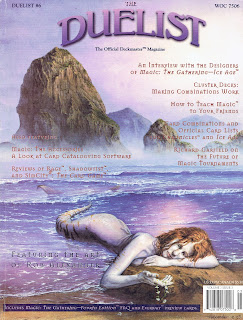 Yes, we are starting our look at The Duelist with issue 5. It's the earliest one I've been able to get my hands on so far. But don't fret, I have had an offer of scans from the earlier issues, so reviews those should be coming soon! So between this and the reviews of the unpublished Armada stories we're doing a bit of jumping around in the coming weeks, but I thought that was preferable over a few weeks of little to no updates.

Before I begin I want to thank my friend Sven for lending me his issues of the Duelist. As I've only got about 15 issues myself the magazine would be very sparsely covered without his generosity!

Alright, on to the review! Issue 5 contains a small blurb of info on the Ice Age lore and, more importantly, a short story called Feast of Kjeld. Issue 6 doesn't have anything for us story lovers, but it has some other funny stuff I'd like to share. Plus, by at least mentioning the issues without Vorthos stuff, you'll know I'm not skipping anything!

SUMMARY: FEAST OF KJELD, by John Tynes
Between the cold weather and the attacks by Lim-Dûl's undead, the people of the village of Mikkel can't go to Krov to celebrate the yearly Feast of Kjeld. Heck, only the priest and the ward of the church, Kaysa, are at the local church celebrating. The other villagers don't even dare leave their houses! Suddenly some more people turn up. First Lucilde Fiskdotter, Klazina Jansdotter and Disa the Restless. Disa has been on an expedition to the west, hoping to find allies against Lim-Dûl. She found nothing though, and her team was slaughtered by undead. Kaysa freaks out upon hearing this. While trying to comfort her Disa notices something: Kaysa has the crescent moon mark of the Elder Druid! Just then Kolbjörn, Elder Druid and Disa's husband, turns up. He's divined Kaysa will be his successor and has come to collect her. When the priest protests that she is his ward, Kolbjörn reacts... let's say less than tactfully...


"This place is hallowed ground, and I do not mean to offend you, nor he whom you adore. If you do not wish Kaysa to leave you, I respect your request. All of you will die soon; I shall protect Kaysa until then. Afterward, she and I shall return to Fyndhorn, without dishonoring your wish."

On his approach the druid saw that the village is surrounded by the undead. Everyone who didn't dare leave their house to come to the church? They're actually all dead already!

Another flavor text character turns up: Avram Garrison. The other knights are first glad to see him, but he reveals he is no longer of the knights of Kjeldor. He has willingly become undead to overthrow the Kjeldoran government. He's a "Kjeldor for the Kjeldorans" kinda asshole, who resents the influence of merchants over the government and the allying of the elite with elves and barbarians against Lim-Dûl.

The undead attack. The knights hold them off, but then Kolbjörn and Kaysa start chanting. They eradicate the undead in the church, though Avram gets away. In light of all this, Kaysa decides to come with Kolbjörn. The priest can only accept this.

REVIEW
There isn't a whole lot of story to review, to be honest. It is only 4 pages shorter ever than most of the stories in the anthology books, making it more similar to a short Uncharted Realms story. Still, it uses the pages well. It sets the scene and the atmosphere. It really paints one of the bleakest pictures of the Ice Age in the canon. The Ice Age comics and novels all focus on wizards and warriors, but here we first get a view from the ordinary Kjeldorans who take the brunt of the cold and the undead attacks, yet can't really do anything about it. This bleakness certainly comes across in the opening paragraphs, setting the dark mood of the story. John Tynes uses the small amount of space he has well. Although that does require the massive coincidence of Disa and Kolbjörn turning up in this random church on exactly the same day, the end result is a good little story, setting the stage for Kaysa's subsequent appearance in Ice Age #4.

One interesting thing in this story is that it seems to imply the Kjeldoran religion is a bastardization of Freyalise worship. At the beginning the priest and Kaysa are singing "Warmth is life//Heat is peace//Strength is safety//In the heart of Kjeld", but the chant Kolbjörn and Kaysa use to repel the zombies is "Life is warmth//Peace is heat//Safety is strength//In the arms of Freyalise." This is described as "Not the altered, adulterated Benediction of Kjeld, but the true words, the Benediction of Freyalise". This is the one point where I'm a bit sad this is just a short story, as I'm quite interested in seeing this explored further. Kjeld was founded by Oriel Kjeldos and Jason Carthalion, who fought against Freyalise before leaving Storgard, so how on Dominaria did a religion based on her filter into Kjeldoran culture? There's a fanfic in there somewhere!

CONTINUITY AND TIMELINE
Continuity-wise Feast of Kjeld is pretty cool. It is the origin story of Kaysa of course, but it also makes heavy use of the crescent moon symbol and the phrase "the turning of the wheel" in relation to the succession of Elder Druids of Dominaria. John Tynes was Wizards of the Coasts' liaison to Armada and it is clear that a lot of coordination was put into matching this story with the comics.

Unfortunately The Eternal Ice makes the placement of this story a bit problematic. In Ice Age Kolbjörn calls Kaysa his daughter. In The Eternal Ice she is also referred to as his adopted daughter. So therein both sources suggest there has been some time between Feast of Kjeld and the events surrounding the World Spell. Yet here Avram Garrison, the leader of the Knights of Stromgald, is already undead. In The Eternal Ice Garrison is turned into a zombie in the weeks directly before the Spell. So either he was already a zombie and was masquerading as a human, or Kolbjörn has taken to calling Kaysa his daughter in a matter of days. The later option is not entirely outside of the realm of possibilities considering his lack of tact in this story, though Disa's "I've dreaded this day" quote from Ice Age #4 still sounds overly dramatic if she was only knew Kaysa for about a week.

It's been too long since I've read The Eternal Ice for me to remember all the details and solve this problem now. So for the time being I'm keeping this story at several years before Ice Age #4 on my timeline. When we get to the Ice Age trilogy I will reappraise this placement. 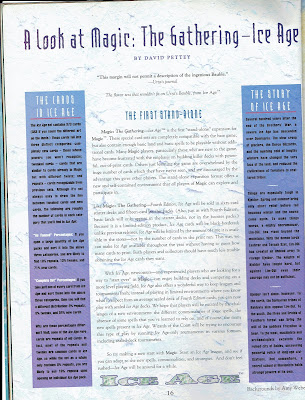 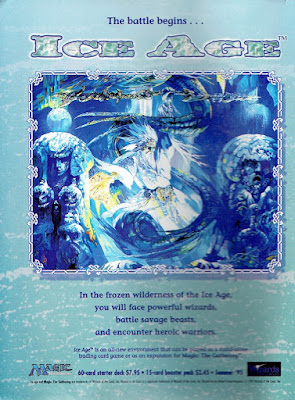 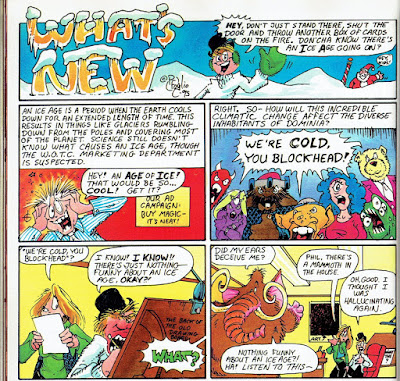 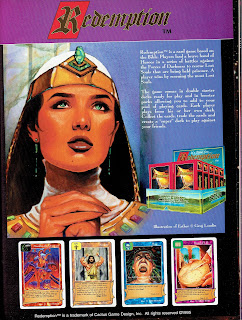 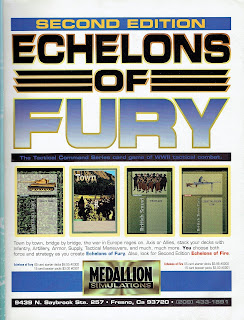