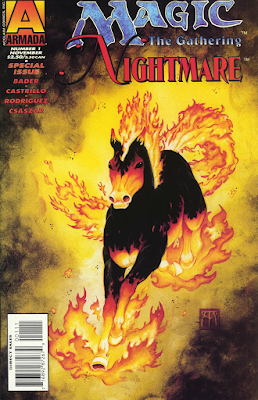 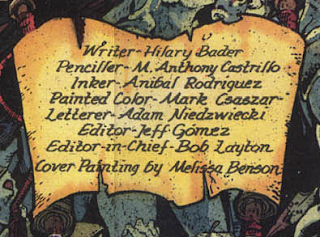 SUMMARY
A Nighmare called Caliphear returns to her home after being summoned by a planeswalker. I guess. He's called a wizard, but explicitly summons her from another plane, so... Whatever the guy is, Caliphear discovers that her human slaves (yes, the horse has human slaves. Don’t ask. the horse can also talk by the way.) are almost all dead. She is told that the river feeding her swamp was cut of by an evil wizard called Coldraith. She teams up with a dude called Altair of Coloni, who promises to be her slave for 10 years if she kills Coldraith. It's not entirely clear to me why she wouldn't just destroy the person responsible for ruining her land anyway, but hey. They face the wizard, who casts Tranquility during the battle. This removes all spells from Altair, who as it turns out was actually a planeswalker that was somehow robbed of his powers by an enchantment. Altai and Caliphear make short work of Coldraith. Even though he is now much more powerful than the Nightmare, Altair says a promise is a promise, so he will still be her slave for the next decade. 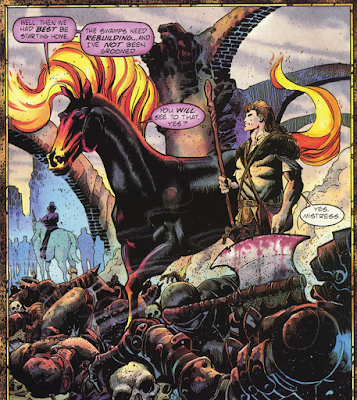 REVIEWAh, yes, this thing. Before we continue the story of Jared Carthalion, there is this weird little meandering. And it certainly is weird. I mean… let’s start at the very beginning: Caliphear returns to her home after being summoned for battle on some other plane. This is how it is portrayed: 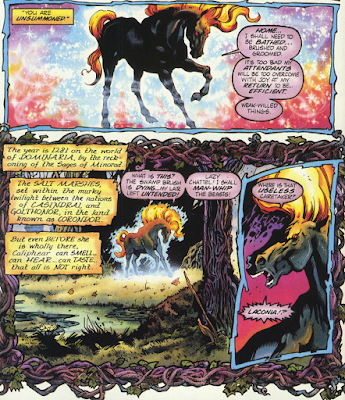 ... the hell am I reading? My little pony, evil emperor edition? Man-whip? How on earth does a horse use a whip? Even worse is this scene later on, after Caliphear has tortures a, eh... Devouring Deep for info on the location on Coldraith (By showing him his worst fear: Merfolk Assassins.) 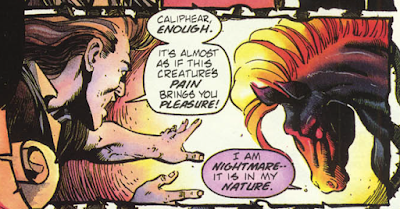 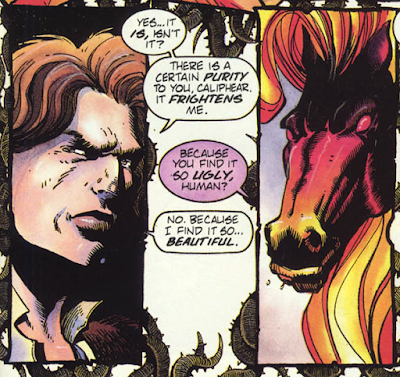 It's like the comic is asking for someone to write sado-masochistic horse/human fan fiction about it!

Even without that bizarre moment, the portrayal of Caliphear alone makes this comic utterly ridiculous to me. It wants us to see her as this powerful, majestic, terrifying-yet-beautiful force of nature, but it completely fails to convince. It's just a silly looking horse on fire. Which looks even sillier when it's drawn as moving its lips while talking, Mister Ed style. I'd blame the art but really, I don't know who could possibly draw this well. The original artwork for Nightmare is cool, yes, and the design can certainly work for a steed of some necromantic or demonic entity, but the moment you have it talk, give it a demanding, holier-than-thou personality and make it the focus of your story it just looks completely ridiculous. 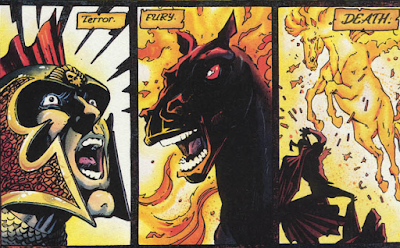 Even if the central premise somehow isn't utterly ridiculous to you, the story itself is still basic to the point of non-existence. Bad wizard dude attacks the surrounding lands, so the heroes defeat him. That's it. Other than one of heroes being a silly horse that's been playing with matches there isn't anything original here. Perhaps the idea that Altair is a planeswalker whose powers have been bound could be interesting, but it's reduced to a dues ex machina as Altair isn't fleshed out in any way, shape or form. We don't learn how he became a planeswalker, how he lost his power or even who he really is. He doesn't have much of a personality beyond liking pretty horses. Even the way he gets his powers back is stupid and random. Altair has some sort of reflection spell on him and Coldraith just happens to choose Tranquility to deal with it, rather than, say, Disenchant. After Altair gets his powers back Coldraith says this was "a clever trick" of his enemy, but considering he never tried anything else I think he's just trying to hide his own stupidity. So yeah. I can honestly find nothing about this comic to recommend. One of the worst things I've reviewed so far. Cursed Land still wins that award, but only because Nightmare at least is over quickly. 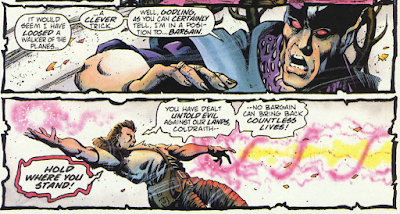 Caliphear and Altair will be back in Wayfarer, where they will be handled a bit better. Partially by giving Caliphear a monologue about black mana that is more awe inspiring than anything she does here, partially by giving us some background on Altair, but mostly by making fun of the two of them. More on that next week.

Yeah, a short review this time. There is just so little about this comic that is worth talking about. Don't fret, I'll make it up to you: the next two weeks should give you a lot more content! 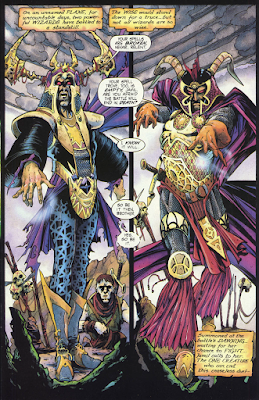 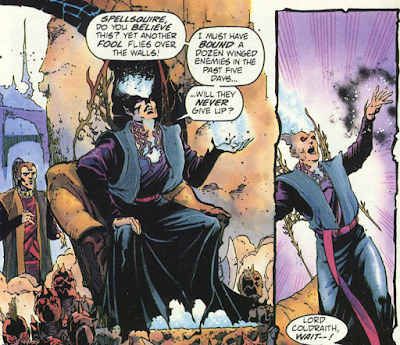 COTINIUTY & TIMELINE
At one point a random guy our heroes run into mentions that Coldraith is taking advantage of the chaos in Stonehaven following Ravidel's conquest, placing this story between issue three and four of Shadowmage. 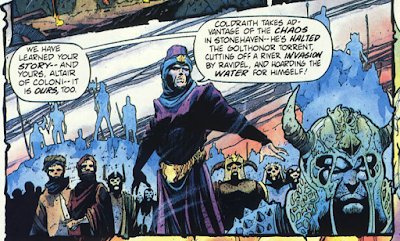 Aaaaaaaand that's it. Next week we'll have far more interesting stuff to talk about, I promise!
Posted by Squirle at 20:05