Children of the Nameless 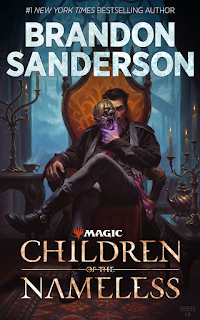 SUMMARY
As requested I'll do a summary here, but I really want to urge you to go and read the whole thing here. It is a mystery story, and I don't want to spoil the main plot for the people still planning to read it. Also, it's free, so why miss it?

The story starts rather dark, with a girl named Tacenda being the sole survivor of an attack on her Innistradi village. She and her twin Willia were born with a strange condition: she can only see at night, her sister only during the day. In exchange for this strange curse the girls have powers: Willia is a fantastic warrior, and Tacenda can sing the Song of Warding which can protect against all the nasty creepies of Innistrad. The song failed to work though when mysterious spirits known as Whisperers attacked the village during the day, leaving Tacenda fairly helpless. Yet she survives and blames the Man of the Manor, the local aristocrat, for the attacks, as he was previously seen killing the twins' parents while they were making an offering to the Bog, a magical spot worshiped by the villagers.

Yeah, this story is fairly complex, so the summary is going to be veeeeeery info-dump-y.

Tacenda vows revenge and tries to kill the Man that very night but is thwarted. The story then turns to the Man's point of view. He is Davriel Cane, a planeswalker who killed the previous lord, a vampire, and took his place as local ruler. He can steal spells from other people's minds, has a bunch of demons working for him as he's a master of small-print, making deals with them that work out in his favor, and, oh yeah, he has a mysterious Entity living in his head that is constantly trying to convince him to tap into its immense power. We later learn it is the remnant of a destroyed plane. Despite all this backstory, he turns out to have no idea about all the killing. He just wants a relaxed life as lord of a backwater region, but someone framed him for the killing of Tacenda's parents. She gets him to promise to help her find the real culprit by threatening to ruin his peace and quiet by telling everyone he did it so monster hunters will come trying to kill him. 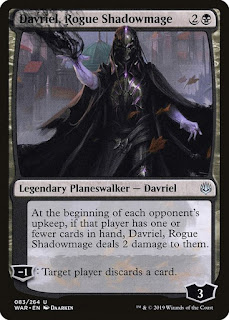 Their research leads them to the Bog where a mysterious power supposedly resided, but which is now gone. They also visit the local monastery, where they worship a being know as the Nameless Angel and oversee an artifact known as the Seelenstone. Willia was working for the monastery and was supposedly killed by the Whisperers as well. As this is going on they are attacked by both cathars and the Whisperers, who they eventually discover are the souls from the people of the village, meaning they could be restored to their bodies.

Eventually they discover that a) the Entity in the Bog was another remnant of a dead plane, b) Davriel's Entity specifically brought him here so he could claim another being like it, c) the Seelenstone kept souls of the dead from entering the Bog Entity, this d) weakened it) In response to this the Entity tried to manifest in a body, but was split in two as the body turned out to be the twins, giving them their powers/curses. f) when Willia joined the convent she entered the catacombs where the spirits where now going, which gave her (or the Entity-fragment in her) more power, g) she lost control of those powers and killed her parents. When she returned to the convent to confess she discovered that h) they killed the Nameless Angel when she went insane alongside all the other angels during the Shadows over Innistrad story. Willia then i) lost her faith, fell for the Entity's promises, j) started feeding souls to the bog in exchange for power, and k) didn't actually die, just faked her death.

Told you this was a complex story! 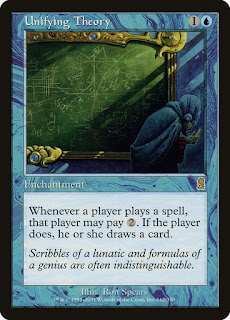 Powered-up Willia is about to kill Tacenda and Davriel when they find the body of the angel. Tacenda can see its spirit is still there (although Davriel and later even the Entity say this should be impossible, as angels are creations without souls) and inspires Tacenda to sing, not the Song of Warding, but the song she used to sing as a child. This restores all the Whisperers to their bodies. She then kills Willia for her sins and takes her part of the Entity. This gives her immense power and shows her different worlds, after which she vanishes, presumably becoming a planeswalker. Davriel gets back to enjoying himself as Man of the Manor... at least until he'll get sucked to Ravnica for the War of the Spark story.

REVIEW
Children of the Nameless was the big surprise of last year in two ways. One, it was released unexpectedly in the middle of Nicky Drayden's Ravnica stories and two, it turned out to be the best part of the Magic storyline in a long time.

It manages to strike a fantastic balance between the dramatic and the humorous. The story starts out very dark, with murdered parents and a massacred village, yet when Tacenda attacks Davriel and the perspective switches to him the tone shifts entirely with a whole lot of snark between Davriel and his demons. You'd think that wouldn't work, but after that initial, intentionally jarring shift, the two sides of the story merges seamlessly into an almost Pratchettian combination of the serious and the silly.

The plot itself and the drama surrounding the twins is very engaging, but the showstealers are clearly Davriel, the demons he tricked into working for him due to simply being better at writing infernal contracts, and the sinister entity in his mind. There is a still a lot of pathos there, with Davriel refusing to give in to the entity's goading, but they are also just fun, having cute quirks and very snappy dialogue.

Another thing I like about the story is how it feels important to the canon, despite being completely stand-alone. I am kind off surprised that Sanderson was allowed to introduce beings that are the remnants of dead planes in such a story, as they seem to be a rather big addition to continuity. I'm all for it though, as it makes them much more intriguing than if they had been just some random Innistradi bog monster. 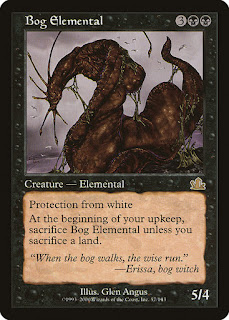 That's not to say the story is perfect. While it presents a very interesting mystery, I found the ending a bit convoluted, with multiple dead plane-entities, a soul sealing stone and a dead angel all interacting in some strange meta-magical way. Still, when you are actually reading the story it doesn't come across nearly as convoluted as in the summary, which itself is quite an accomplishment.

As usual with these positive reviews I end this section of the article with a "if there is one point I want to complain about...", and this time it is a particularly embarrassing one. Check out these quotes:


"Hellfire! He was supposed to have been able to fade away into obscurity [here]. He’d moved [here] years ago, then finally settled on the Approaches as the most remote location on an already remote plane. [Here], consorting with demons was seen as only a minor oddity."

“There’s lots of [space] here,” Rom said. “Whoever built these catacombs made plenty of [space] for bodies. But your people don’t often choose to be buried here, as is proper.”

What on earth is going on [here]!? Don't you specifically put your editing notes in square brackets to easily search them out before going to print?

It's a bit unfair for me to still be complaining about it now, as the brackets have been removed from the version of the story I've linked to at the start of this review, but when I first read it they were still there, and it's a easy thing for me to moan about to make this review seem balanced rather than uniformly positive ;) 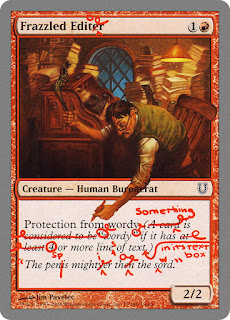 Despite that little hiccup, Children of the Nameless gets a glowing recommendation from me. Ever since Return to Dominaria Magic's story has been written by established fantasy writers, with varying results, but this is the first time one of them gets to do whatever they want, telling their own story, unhampered by the demands of the cardgame. If that results in such a resounding success as this I hope WotC will follow up on it, both by giving Sanderson a chance to continue the story of Davriel, Tacenda and the Entities, as well as allowing other writers to play in the Magic Multiverse sandbox like this.


"Perhaps we were all created for a specific purpose, but that doesn’t prevent us from finding other purposes as well." 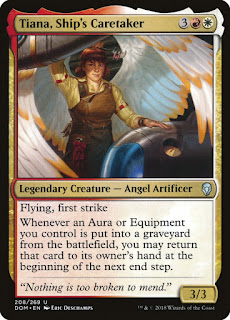 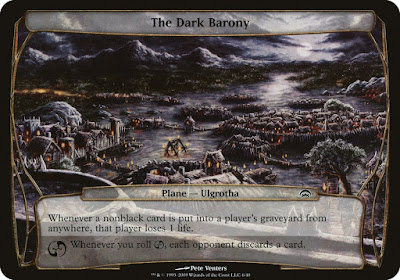 TIMELINE
We are back in the present, and thus in a vague space in my timeline. We've now reached a point where I'm putting so much stuff on it that I really need a more in-depth timeline for this period than the one I quickly mucked up at the end of the Dominaria reviews. There are just so many things happening at roughly the same time these days that figuring out the exact order is getting tricky. For now I'll put Children of the Nameless alongside the Ravnica stories between which it was released, but after the Gathering Storm chapters are all out I'll take another look at the whole post-Mending timeline.

So I wont have to go through this story again when making that more detailed timeline, these are to temporal references in Children of the Nameless: