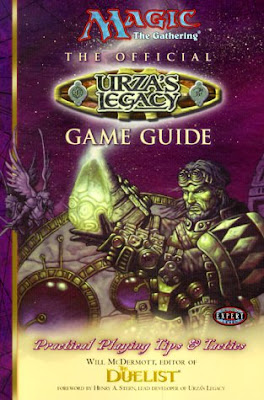 REVIEW
Here we have the same problem as Time for Remembrance. Sure, it's only a summary of Time Streams, probably just created purely to drum up some interest in that book. It even has Jhoira, Karn and Teferi saying stuff like "How did Multani pop up on Tolaria during the battle against K'rrick". At which point you can almost hear a voice going "Read Time Streams to find out!" But you can't just skip this story, as it has Teferi proposing to Jhoira! That, and her turning him down, is a huge point of character development!

Time Streams ended with Barrin saying he really thought Teferi and Jhoira would end up together, before remarking there is alway time. So when Teferi and Jhoira returned as main character in Time Spiral I remember quite a few people asking "So... are they just friends now? Did they have a relationship and split up at some point?" Nobody brought up this story, even though it should be the first piece of evidence! This story is especially important for Jhoira, since it bookends her story arc from Time Streams. That book begins with her taking in a horrible man because she's pining for love, while here she rejects a good man because she wants to stand on her own.

So... when do you read this story? The framing sequence really works as an epilogue to Time Streams, revealing what happens to Jhoira and Teferi. So you get the most out of the framing sequence if you read it directly after Time Stream... but directly after you've finished a book is probably the last moment you'd want to read a summary of it! That makes the placement a bit awkward, although I guess you could always skim through the summary bits. And its been a while since you've read Time Stream and never knew this story existed... I would suggest clicking the link to mister McDermott's website and starting to read it right away! 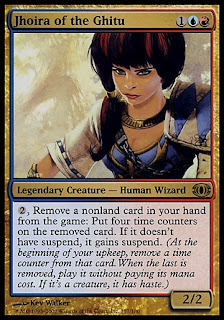 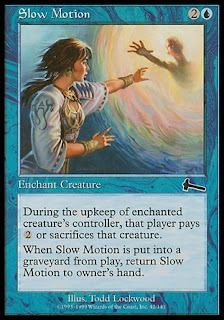 A short review this time, which is fitting for a short story. Next time I'll be back with something a bit more substantial: Bloodlines, the final Urza's block novel!
Posted by Squirle at 21:33