War of the Spark: Ravnica - the online stories 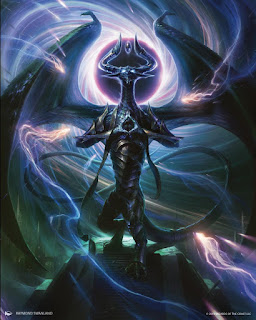 SUMMARY
Eh... have you read my summary of the War of the Spark novel? This is just the same story again, but entirely from Rat's perspective and with some bits summarized. There is a little expansion here and there, like a scene between her and Hekara in the first part, and we get to see a bit more of Kaya convincing the Orzhov to join the battle, but otherwise it's just the same story we've already covered.

REVIEW
This might sound weird, but while this is just the exact same story as War of the Spark, I also think it is a million times worse.

While reading the novel I did not feel the vitriol some other people felt, perhaps because I thought it was just overambitious, which made me accept a few flaws. It was trying to do far too much in too few pages, but the constant action and cool individual scenes kept me entertained while reading it.

Then I heard there is going to be an online story as well, and I thought "Adding a few extra chapters to War of Spark is a great idea! That'll give them more space to develop the bits that were rushed through!"... and then I read it and it is just a summary of what I already read... 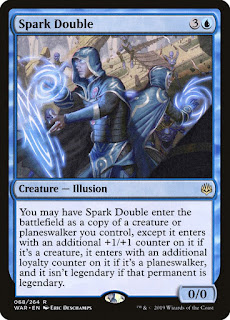 What a shame! There is so much stuff in that novel that could have been expanded upon! What was going on in Nissa's head? Why did the Simic join the fight? Who or what convinced Sorin and Nahiri to put their fighting aside until Bolas was defeated? When did Tomik decide to work for Kaya rather than Teysa, and where was he when Ral was looking for him? What was going on with Feather? What was the war like for some of the other planeswalkers who have grudges against Bolas but were never viewpoint characters, like Ajani, Samut or Vivien? The list goes on, but we don't get to see any of that. Instead we're just getting the same rushed betrayal of Domri Rade a second time. Only this time he gets killed off-page.

Having read all of this I have to ask: who on earth is this for?

People who've been following the free online stories and are annoyed that they have to pay for the conclusion of the arc they've been following since Kaladesh? Well, it's nice to get something for free, but if people were annoyed by the rushed novel, they're going to be extra annoyed when reading the even more rushed summary.

People who have read the novel and wanted to see more of Rat? We'll, that would be me, and I didn't much enjoy reading the entire thing I had just finished again, just for one additional scene and a few bits rewritten from her perspective.

Maybe it was intended to entice people who would normally only read the online stories to actually buy the full book? Could be, but I imagine that they might feel a bit cheated after discovering they've payed money to get a book of which they've already read whole chunks, as this version of the story just copies entire pages of the novel verbatim. 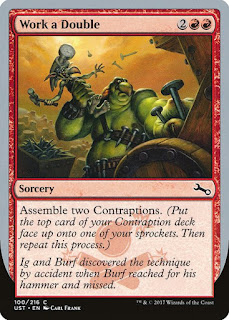 Whatever the idea was, I don't think it worked. If we're getting online stories to go alongside the Eldraine novel, I really hope they will either be completely unrelated stories expanding the setting, or at least expanding upon parts of the novel rather than merely copying it. And if they really want to use those stories to sell the book, just make one of them a prologue or just release the first chapter online, don't let us go through the whole story twice.

At least The Gathering Storm is doing a good job filling in some of the other stuff that felt missing or rushed in the War of the Spark novel, like Ral's backstory with Bolas and the Guilds of Ravnica and Ravnica Allegiance storyline spotlights.

TRIVIA
Again, it is mostly the same as the novel, but there are a few extra bits:
CONTINUITY
Nothing new to say here.

TIMELINE
The extra scene with Rat and Hekara happens just before the start of the novel, and presumably also before or during the last chapter of The Gathering Storm. The rest of the story runs parallel to the novel. There isn't really space on the timeline to explain all this, so I'll just put in between The Gathering Storm and War of the Spark there.
Posted by Squirle at 22:47