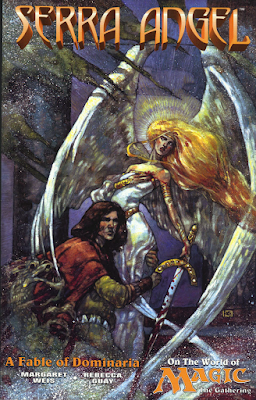 A guy called Aldon is kicked out of his castle by a guy called Dreygar. He takes refuges in a little shack, and uses an amulet to summon a Sengir Vampire, a Frozen Shade and a Bog Wraith, and a vail of earth from his homeland to summon a Serra Angel. The black creatures try to goad him into retaking his castle, but the Serra tries to get him to forget his old home and focus on peacefully building a new life instead. In the end Dreygar himself gets Aldon to fight him by employing a seductive Fallen Angel. Battle is joined and Aldon gets his castle back. His angel perishes in battle against the Fallen Angel though.
REVIEW

Another short summary, this time simply because there barely is any story. The comic is written by Margaret Weis, one of the people behind the creation of Dragonlance. You can’t say Armada didn’t get plenty of talent involved! And yet… this is probably one of my least favorite of the comics. I’ve never read any Dragonlance, I’m assuming it must be good considering there are about a million novels written in the setting, so it must be popular, but this comic doesn’t make me excited to pick that series up.

What exactly happens her? Bad guy takes castle, guy summons creatures, the black creatures are evil and want a fight, the white one is good and doesn’t (wasn’t the original color pie nice and uncomplicated?), big fight, bittersweet ending. That’s it. The story is 47 pages long, but quite a few of those are used just for full-page splash panels. If there is any Aramada comic that doesn't need more space, it’s this one!

In addition to its meagerness, the story just doesn’t make a whole lot of sense. Aldon wins the final battle by tossing a sword to kill the Fallen Angel and then decapitating Dreygar. Why can Aldon kill the Fallen Angel when the Serra couldn't? Why can Dreygar suddenly no longer protect himself with spells, as he had been doing up to that moment? Why did Dreygar even bother getting Aldon to fight him? He already had the castle, and from what we see of him, that's all he wants! And what on earth is up with Serra’s message here? “I’m a warrior spirit, I will fight for you if that is your command. But let me fight other, more worthy battles for you!” …uhm… so if someone kicks you out of your house and terrorizes the countriside you were responsible for, fighting him is not a worthy battle? What is a worthy battle then? No explanation. Vague quasi-philosophical mutterings on the nature of good and evil that don't make a lick of sense when you really think about them, evil baddies that are just evil for evil's sake, doing evil things for the evilness of it all, even if they would be much better off not doing those thing...

Oh, and the dialogue isn’t fantastic either... 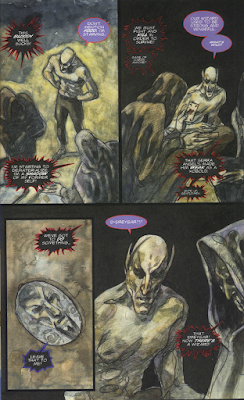 "This bloody well sucks"? A Frozen Shade, a Sengir Vampire and a Bog Wraith playing cards? I could see this happening in a Ankh-Morpork style city, but it feels really out of place with both the Armada comics we've seen so far, with the "deep" thought bandied around in the rest of the comic and with the murky, moody art of this comic.

So the story is... not much of a story. But the art is by fan favorite Rebecca Guay, so surely that is amazing, right? Clearly it is also supposed to be the main draw of the comic, since so many pages are devoted to huge panels intended to show off the art? Well... I must say this is far from my favorite Rebecca Guay work. The coloring is way to murky and dark, and the backgrounds are often simply missing. Still, there are a couple of very good drawings and I like the Klimt-inspired style that comes across in some scenes. The splash pages are pretty good, so let me show you a few of those. 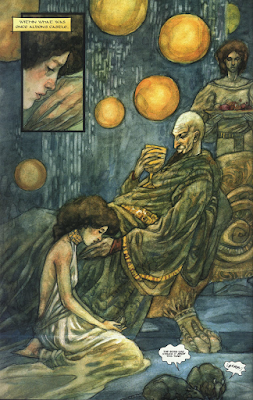 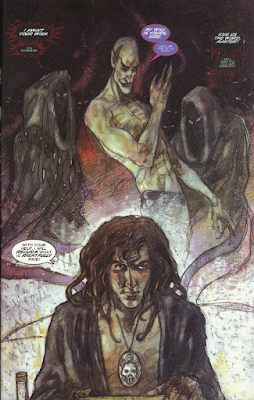 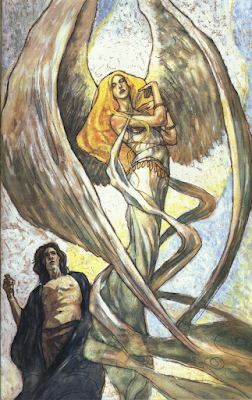 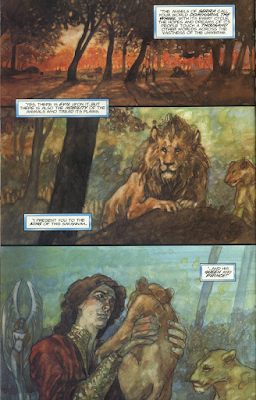 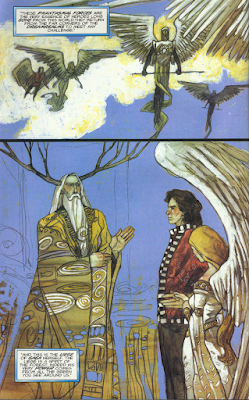 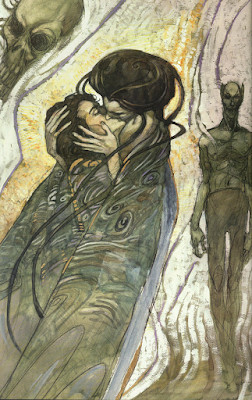 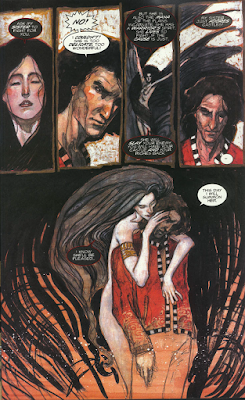 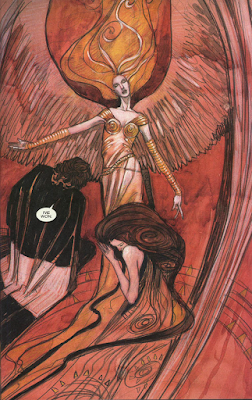 
CONTINUITY & TIMELINE
If there is one nice thing about the flimsiness of all this, it is that there isn't any continuity contradictions either. Quite a relief, after all the twists and turns we've had to deal with in the last few weeks!

The text on the credits page places this story between the World Spell and the Summit of Minorad, which works pretty well. I'm putting it as "Between 2934 and 3000" for now, but I'll get into more details on the placement of the Summit of Minorad in a few weeks when we cover the Wayfarer comic, so the placement of Serra Angel might move around a little at that point.

The only possible complication is the presence of the Sengir Vampire. This probably places the story after the birth of Baron Sengir, which would be some time after the Summit of Minorad. To explain it in full would involve getting into the vagueness that is the Homelands timeline, but that is best saved for later, when we've actually covered the Homelands (and related Summit of Minorad/Taysir/Ravidel/Planeswalker War stuff.) For now it suffices to say that there are a variety of ways we could solve the problem. We could move the story to a later date with little problem. We could postulate that the name Sengir's relation to vampires predates the good Baron or, perhaps the easiest way, we could say that the vampire in this story is just an ordinary vampire, not related to Sengir. He is called a Sengir Vampire in the backmatter, but never in the story proper, after all.

FINAL THOUGHTS
So... That was nice and short for a change! But don't worry, the coming weeks will get more involved, as we get back to the adventures of the planeswalkers we saw in Ice Age, as their stories start to build up to the Planeswalker War. And next week we even get more (and in my eyes better) Rebecca Guay art! So I hope you will all join me next week for a look at the story behind that legendary, well loved set from Magic's early days: Homelands!
Posted by Squirle at 16:25